Inspired by a comment from Dan over at Xark, I decided that I should write an entry on underwear and ancient Greek myth. From time to time students ask me questions like, “What did Aphrodite wear?” I usually just refer them to vase paintings, but when I sat down and thought about it, I realized how little I know about ancient Greek garb. I am fairly confident that it didn’t look like what they dressed Alexandra Tydings in on Xena: Warrior Princess (even though I can’t resist posting that photo of her!), but was the idea of lingerie something an ancient Greek - perhaps an ancient Greek prostitute - would have understood?

What about your garden variety briefs? Sue Blundell says that ancient Greek women wore woolen rags when they were menstruating, but how would that have looked? What about underwear during pregnancy when incontinence might be an issue.

Ancient Roman women appear to have used leather bras and (wool?) briefs at least in some scenarios, but would the concept of clothes under clothes have been something the ancient Greeks understood? I think this is particularly interesting given that Greek women were not isolated or considered unclean while they were menstruating (unlike in many other parts of the Mediterranean and the world). In fact, as usual, our only discussion of menstruation comes from interested ancient Greek physicians who were drawing conclusions about women’s health. They don’t bother to identify whether their patients have to strip off something for examination.

I have reviewed my books - especially Women’s Life in Greece and Rome, Goddesses, Whores, Wives, and Slaves, Women in Ancient Greece, and Courtesans & Fishcakes - and found nothing (except that woollen rag thing I mentioned above). I have checked Diotima, Perseus Project, and even JSTOR with no luck either. Thankfully, I got some answers in Anahita-L. One person asserts there was no underwear, and they might be right, but my sense is that their opinion stems from a lack of evidence rather than evidence of its lack. But Caroline Tully (through Anahita-l) reports that there IS a book out there that I haven’t read called Women’s Dress in the Ancient Greek World that references G-strings, bras and briefs (also an erotic dancing costume ^.^)!

I leave the rest to your imagination.
Posted by Ailia at 1:25 PM 1 comments

One of the best ways to put your finger on how ancient Greece thought about what it meant to be a woman is to look at the fascinating myths where characters transition from one gender to another. There are a couple of places on the web that mention myths with transgender characters, most of them to do much the same thing I hope to do, except around trans empowerment instead of just women. I’m not going to tell you that these myths are particularly empowering, or were evidence of a trans-friendly culture as I don’t believe the evidence supports that, but you are free to draw whatever conclusions you like!

1) My favorite is the myth of Iphis and Ianthe. Iphis, by the way, is a gender neutral name. Like Sam. This is relevant because when Iphis was born, her daddy said he would kill the baby if it wasn’t a boy. Mama Telethusa didn’t want Iphis dead, so she told the world she was a boy. Iphis grows up and falls in love with the girl next door. Dad arranges a marriage. And the crisis begins. It ends when mom helps Iphis pray to Isisand she is transformed to the gender she always felt herself to be. 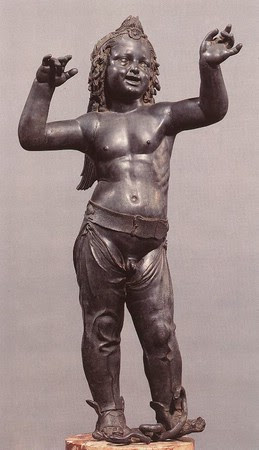 2) You should also get familiar with the myth of Agdistis. It’s a little convoluted, but also fascinating and full of drama - including sex with trees, self-castration, insanity, and a dominatrix of an chthonic goddess (that would be Cybele, by the way). In short, born a hermaphrodite but made feminine by the gods, fell in love with a boy, who went crazy and castrates himself. Agdistis and Cybele are so closely associated that they are often identified as one and the same. The whole thing about her priests castrating themselves (later Roman phenomena) is obviously related. Read the whole myth here.

4 ) Caenis. Or Caeneus. The latter is the masculinization of the first that occurred when she claimed her recompense for a brutal rape by the sea god Poseidon. Her recompense, obviously, being that she was changed from a woman to a man “so she could not be raped again.” Since men can be raped, too, being “impenetrable” was thrown in as a bonus and thus Caeneus could not be defeated in battle. 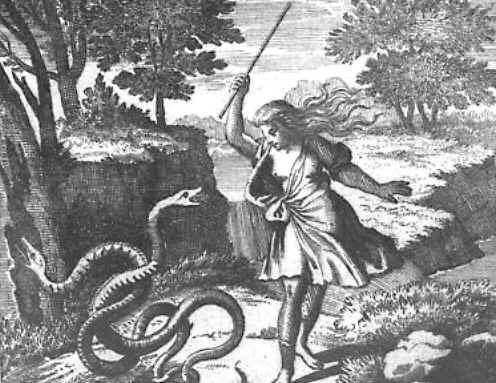 5)Teiresias. Oddly enough, I haven’t managed to include him on my site. I say him because that’s how he was born and died and lived the majority of his life. The only time he didn’t is when goddesses (like Athena and Hera and Aphrodite) got mad at him and decided he needed a better appreciation for what it’s like to be a woman. He bore children from his (her) womb and had really beautiful hair whatnot but eventually was turned back. His main conclusion from his years as a woman? The sex is WAYYYY better for chicks.

6)Leucippus - that would be the name of the daughter of Galateia who’s story is literally exactly the same as Iphis’s above, except that Leto was the goddess responsible for her end transition in time to save the marriage. They had a festival in honor of the stripping of girly-clothes called the Ecdysia, which now is more or less the Greek word for a striptease.

What might the ancient Greeks have thought of this? and furthermore, What should we think of this today? Good questions that I try to address in response to thecomments.
Posted by Ailia at 10:22 PM 6 comments